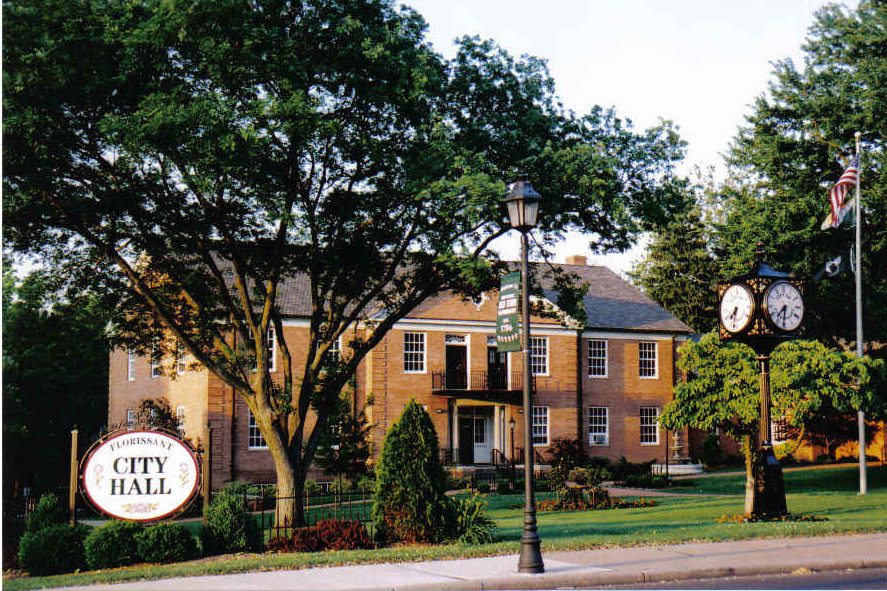 In the valley between Mississippi and Missouri rivers lies the beautiful city of Florissant. It ranks as the 7th most diverse suburb out of the 145 suburbs in Missouri for 2021. Learn more about the humble city by sharing the essential resources in Florissant, MO.

As the best dentist in Florissant, MO, Soft Touch Dental is proud to be part of a thriving community at the outskirts of St. Louis County. Throughout the years, our patients in Florissant became more like a family to us. As part of our gratitude for the continuous support from our dental community, our dental team strives to encourage you to see the hidden charm of our city.

Florissant belongs to the second ring of suburbs at the edge of St. Louis. County. The access points of the city are through MO-67 and Interstate-270. The northern part of the city faces a part of the Missouri River next to Hazelwood city.

The climate in Florissant does not go beyond the range of 8°F to 97°F. The perfect time to visit the city is from March to September since it receives less rainfall during those months. Like the rest of the cities in Missouri, Florissant experience hot summers and long chilly winters.

Florissant has a population of 51,455 and ranks as the 13th largest city in Missouri. It is also the largest municipality within St. Louis County. Around 75% of Florissant is composed of residential complexes built during the 1970s.

There is no prevailing demography in Florissant since the population is a perfect blend of young professionals, senior citizens, and families. One of the contributing factors to the community structure is the post-World War II development of the city pioneered by Alfred H. Mayer Corporation.

Up to this day, a concentration of historical landmarks is still standing in the heart of the city. About 59 well-preserved historic buildings remain as the pride of the Florissant. Visiting the historic district is like time-traveling to the old town of Fleurissant, which is the first name of the city.

The long history of Florissant is heavily influenced by European heritage. The old residents of the city are the direct descendants of the first French, Spanish, and German settlers in the town. It is the reason why some parts of the city are speaking in French up to this day.

Florissant received a lot of recognition over the years for its excellence and the people behind its success. It is the home of Mayor James Eagan, which is the longest elected mayor in the United States. He served the city for 38 years until he died in 2000.

Florissant is also recognized as one of the best small towns to live in America in 2012. Missouri also awarded the city as the 2nd safest large city in Missouri in 2014 due to the low crime rate for the whole year.

Florissant today is a community consisting of working and middle-class families. The residents are friendly and welcoming, which significantly contributes to its thriving diversity.

The adaptation of modern residential complexes and commercial development in Florissant blended well into its historical vibe. The community also upholds its heritage and remains active in preserving the culture and the significant landmarks of the city.

The cluster of commercial establishments is accessible by the vast stretch of residential area in the city. Shops, supermarkets, and service centers are along Lindbergh Boulevard and MO-67. There is also an abundance of churches for different religions in Florissant. Some of the Catholic churches were built during the 1800s and belong to its popular historical sites of the city.

The public education system of Florissant is under the scope of Hazelwood and Ferguson-Florissant public school districts. Northwest HealthCare is the only hospital within Florissant.

Soft Touch Dental is one of the dental care providers in Florissant. We provide comprehensive dental services to provide the dental needs of our community and the neighboring cities.

Things to do in Florissant, MO

Setting up an itinerary for your next vacation can be time-consuming. Let us share the top things to do in Florissant, MO, and help you enjoy your stay. Who knows, you might end up moving into our community.

What is a great weekend trip without tasting the local food?

Enjoy a wonderful meal with a twist by dining in a century-old building at Hendel’s. If you are up for some adventure, give your car a break and experience horseback riding or hiking at Sioux Passage Park.

Time travel in the historic district of Florissant and let a local walk you through the 59 historic buildings in the area. While you appreciate French and German architecture, you will also learn more about the mind-boggling stories behind every structure.

Florissant has a charm that led 50,000 of its residents to stay and build their loving and welcoming community. The only way to find it out is to visit and immerse yourself in our beautiful city. We at Soft Touch Dental are excited to see you downtown!

PrevPreviousWhat Are The Risks Of Leaving Your Chipped Tooth Untreated?
NextTooth Extraction: The Do’s and Don’tsNext

Tooth Extraction: The Do’s and Don’ts

What is tooth extraction?   Let’s face the fact, sometimes you just have to get your tooth pulled, which is not a big deal. The

In the valley between Mississippi and Missouri rivers lies the beautiful city of Florissant. It ranks as the 7th most diverse suburb out of the